While the average of calories you get is important to your weight loss efforts, this is not the whole side of the story.

The Most Common Dietary Approach

When it comes to losing weight and type 2 diabetes, the majority of nutritional authorities recommend constant caloric reduction. They say that reducing your daily caloric consumption by approximately 500 calories will make you lose 0.45 kg or one pound of fat every week.

The American Diabetes Association recommends focussing on physical activity, diet, and behavioral strategies that will help you achieve an energy deficiency of 500 to 700 kcal per day. This portion control advice that surrounds reducing calories has been standard advice since the 70s.

They say that this reduction of calories should be spread consistently thought the day, and not all at once. We have calorie labels on every food we buy, calorie counting apps and books that should make this process fairly easy. Should, but they don’t.

The surprising thing is that using this method, the success rates are extremely low.

Who hasn’t tried controlling their portions to lose weight? I mean, that’s the first thing you try when you want to be fit and lean. Does it work? We can fairly say seldom.

A study done in the UK, based on the electronic health records of 279,000 people, showed that conventional weight loss advice works only for 1 in 210 obese men and 1 in 124 obese women. How many times does it fail to help them lose weight? 99.5% of the time. The numbers are even worse for morbid obesity.

It’s clear to say that constant calorie reduction DOESN’T work, and anyone that tried it can clearly see it on their own.

If you ask yourself why it doesn’t work, the answer is metabolic slowdown and hormonal imbalance.

Have you ever heard of the American TV reality show The Biggest Loser? This reality show put obese people in competition with each other to lose the most weight. The regiment they follow for losing weight is a calorie-restricted diet that is 70% of their energy requirements, usually between 1200 to 1500 calories every day.

Besides eating only 70% of their necessary calories, they also have a very intensive exercise regimen for two hours daily. As you can see, this is the classic approach of eating less and moving more that is endorsed by the majority of nutritionists.

The diet works… in the short-term. The average weight loss in 2015 was 57 kg (127 pounds) over 6 months. In the long-term, it’s not that very effective. Suzanne Mendonca, a season two’s contestant, said that there is never a reunion show, as they “are all fat again”. Let’s dig into the reasons of why it’s that the case.

The Resting Metabolic Rate (RMR), is the energy your body needs to keep your lung breathing, your heart pumping, your kidneys detoxing, your brain thinking, etc. Following this extreme diet regime, the contestants’ RMR drops like a piano. Their basal metabolism dropped by an average of 789 calories over six months.

When metabolism slows down, the weight loss plateaus. The reduction in calories forces the body to shut down certain functions to adapt to the lowered caloric intake. Once the calorie consumption drops below the intake, you start to gain weight again. That means you start to gain weight even with all the struggle to eat lesser calories and workout, as you wonder why in Earth are your efforts counterproductive.

By keeping up this stressful calorie reduction, the metabolic rate will not recover, not even after six years. This outcome is predictable, as the metabolic slowdown has been proven with scientific studies done over 60 years ago.

We talked about the 1950s Minnesota Starvation Study on another article as well, that placed volunteers on a diet of 1500 calories per day, something they called a “semi-starvation” diet. As a response to this diet, their basal metabolic rate dropped by about 30%. They felt hungry, cold and tired all the time.

The participants suffered severe physiological and psychological effects, including depression, hysteria, severe emotional distress and extreme reactions like self-mutilation. Some were taken out of the study because they were found eating from the trash. All they could think about was food.

Once they resumed their typical diets, they gained all the weight back.

Diets based on calorie reduction work in the short-term, until the basal metabolism falls to adapt your body to it. This is something called “starvation mode”.

Restricting your calories on a daily basis fails because it puts your body into a metabolic slowdown, and that’s guaranteed.

Since reversing type 2 diabetes counts on the fact that your body will start to burn off the excess glucose, the daily calorie-restricted diet is ineffective in this case as well.

Losing Weight Without Slowing Down Your Metabolism

When you fast, your body triggers numerous hormonal adaptations that do not happen when you simply reduce the number of calories. Insulin drops a lot, which helps to prevent insulin resistance. Your metabolism is kept high by the increase of noradrenaline. Your lean mass is maintained by the increase of growth hormone.

You can fast for 4 days straight, and your basal metabolism does not drop. It’s in fact increased by 12%. Your exercise capacity isn’t decreased either, it’s maintained. A study was done and it proved that 22 days of alternate-day fasting didn’t result in any decrease of resting metabolic rate.

This happens because it was essential for our survival. Imagine that we are cavemen and the food was scarce in winter. If our bodies would enter “starvation mode” when there was no food, we would become lazy and we wouldn’t have the energy to look for food. The situation would get worse after each day and we eventually would die.

That doesn’t sound like a good way to keep a species alive.

So the human species would’ve become extinct a long time ago if our metabolism slowed down every time we didn’t have food for a couple of hours.

During fasting, your body opens up the big supply of energy that is stored as fat. Your body uses body fat to keep the metabolism high, by simply changing its source of energy from food to stored food. Now, as cavemen, we have the energy to go hunt or gather some new food.

Fasting is extremely effective while simple caloric reduction isn’t. Obesity is a hormonal imbalance, not a caloric imbalance. The constant intake of food, even way below our caloric needs, interrupts all the beneficial hormonal changes that take place when we fast.

Losing weight with calorie restriction is like trying to stay awake even if you are extremely tired, being unproductive and nodding off from time to time. You don’t rest properly, because you are not in a bed sleeping, but you are not active either.

The hormonal adaptations that occur when we fast are very beneficial, and they are completely different from when we restrict calories. A key role in intermittent fasting is the reduction of insulin and the lowering of insulin resistance.

Some studies compared intermittent fasting with daily caloric restriction. In these studies, the weekly calorie intake was similar. A Mediterranean style diet with 30% fat using constant daily restriction of calories was compared with the same diet that included fasting for two days of the week.

The weight and body fat loss were not different after six months. Still, there were important differences between these two strategies regarding hormones. On a calorie restriction, the insulin levels, which are the key driver of obesity and insulin resistance over time, were initially reduced but they plateau after a short time.

With the intermittent fasting, the insulin levels dropped continuously for the entire time of the diet. Even if both cases had the same caloric intake, the insulin sensitivity was improved with fasting. Type 2 diabetes is a disease of insulin resistance and hyperinsulinemia, and therefore, the IF strategy will succeed where reducing calories have no chance. What makes it effective is the intermittency of the diet.

A study in 2016 compared alternate-day fasting with daily caloric restriction as a weight-loss method in obese adults. The CRaP strategy (Caloric Reduction as Primary) was made to reduce 400 calories per day from the daily energy requirements of the participants. The group that did ADF (Alternate-day Fasting) simply ate normal on eating days, and zero calories every other day. This study lasted for 24 weeks.

The main conclusion of this study was that ADF is an effective and safe therapy that everyone can follow. In the matter of weight loss, fasting did better, but only with a small difference. Most studies showcase that any diet makes you lose weight in the short-term. Now let’s talk about the details.

This study also debunked the myth that you lose muscles during fasting. The CRaP group lost significant amounts of lean mass, which was not the case for the IF group. Yes, intermittent fasting makes you lose LESS lean muscle than calorie restriction. The reasons for this are the elevated amounts of growth hormone and noradrenaline that comes with IF.

Lean mass % increased by 0.5% with CRaP and by 2.2% with intermittent fasting. IF is 4 times better at preserving muscle mass!

But what about basal metabolism, the key to long-term weight loss success? CRaP produces as much as 2 ½ times more metabolic slowdown compared to fasting. This debunks a second myth that said IF puts you into starvation mode.

The portion control strategy is something we’ve been trying only for the last 50 years with a huge amount of failure, while fasting has been used for as long as we’ve existed as an effective way to keep obesity in check.

The advice to daily reduce a few calories persists as something most nutritional experts recommend, despite the fact we’ve all seen how ineffective it is. The ADF study we just mentioned also proved that intermittent fasting didn’t have an increased risk of weight regain, something that doesn’t happen on calorie restriction.

The whole problem regarding obesity is the weight regain, something that intermittent fasting stops.

And why wouldn’t they?

That’s because ghrelin, which is the hunger hormone, went up with CRaP but not during fasting. We can all say that it’s true. Restrictive diets make you hungrier and hungrier. It’s a fact given by a hormone.

Yet fasting does not increase hunger! Amazing, right? That’s why it’s easier to lose weight and keep the weight off.

Diets that restrict calories daily ignore the ability of our body to adapt to a lower intake of food. Just like your eyes adapt to a darker room, so does your body adapt to less food by slowing the metabolism.

Successful dieting requires a strategy that is intermittent, not constant.

Restricting all foods some of the time with intermittent fasting is way different from restricting some foods all the time. This is the difference between losing weight and gaining weight.

Therefore, these are two choices we have: 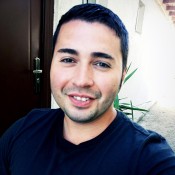 Professional writer and fitness enthusiast. I've been practicing fitness and healthy eating since the age of 14, and I've written numerous articles on this subject on my blog AmbitionOasis.com. I also wrote many books for my clients in this niche. If you want to hire me as a writer, visit CornelManu.com.

This site uses Akismet to reduce spam. Learn how your comment data is processed.